It’s been a while since our last release of Community RM, but 2.5.b is now available.

The main driver for this release is compatibility with Alfresco Community 201702 (i.e. Alfresco 5.2.x). This involved some work to integrate with the shiny new site creation page as well as a few less visible compatibility fixes. The release also contains a lot of bug fixes, particularly around retention schedules, audit and rules. 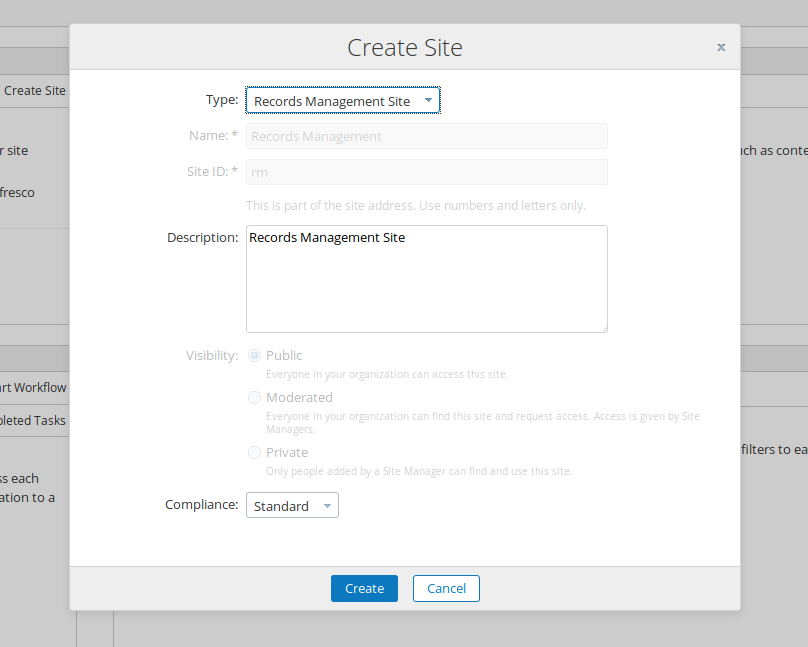 Internally the main innovation has been to create a build which just tests Community behaviour. We have a lot of tests for our Enterprise artefacts (which include the community code too), but in order to allow us to make Community releases more frequently we have set up a new build to look for regressions in our community code.

We have also set up a publicly accessible Travis build to make it easier for anyone to see the status the current code, as well as any pull requests they submit.

What’s coming up next?

On master you’ll see all our current community development, which includes a large focus on the first release of the governance services v1 REST API. It’s been through a couple of significant refactorings since we started work on it, but we think it’s nearing completion now. The current plan is to release it in 2.6.a, which should be in roughly a month if all goes well.

You might also have noticed a new module in the project – rm-benchmark. We’ve recently been investigating our performance at scale, and the first part of that is to benchmark the performance of our core capabilities. See RM-3953 for more details.