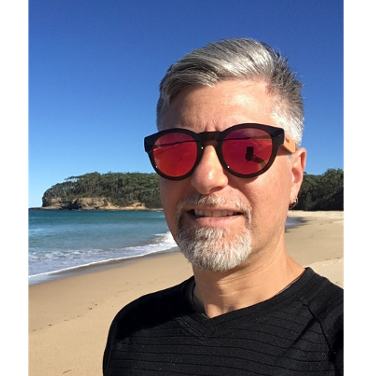 These release notes provide information for the 201901 GA release of Alfresco Community Edition.

The main goal of this release is to get feedback on our latest GA release. You can leave that feedback in comments on this page, or by Reporting an Issue.

Alfresco Content Services collects anonymised usage metrics through the heartbeat component. This means we do not store collect or store any information that links to an identifiable person.These metrics are sent based on a pre-configured time period and include: version information, numbers of users and groups, numbers of models, aspects and types, whether smart folders are enabled or not as well as the JVM total, max and free memory size. On the receiving side, we detect the country where the data is sent from, but we do not store the IP address of reports coming from our open source products.

Alfresco is using this data to better target new features and their prioritization to actual usage patterns. We also track the adoption of new versions and features in our install base.  To see exactly what is being sent, feel free to look at the log output generated by

An updated release of the REST API Explorer (6.1.0-RC4) is available on GitHub - rest-api-explorer to navigate the details of the new REST API endpoints. This version includes a new API definition for Alfresco Insight Engine.

The latest version of Share is 6.1.0.-RC3. For further details please consult the list of share issues fixed in this release at the bottom of the page under Issues Addressed.

The latest version of Alfresco Search Services is 1.3-RC2.

AGS 3.0 is the latest GA edition but compatibility with ACS 6.1 is targeted at AGS 3.0.1 in the March 2019 time frame. Additional details are available in the release blog post: Alfresco Governance Services 3.0.

The latest version of Content Services for Android is version 1.8.5 which contents a number of minor improvements and fixes.

The next version of Content Services for iOS will be version 2.7 will support iPhone X and is expected to be released in February 2019.

A beta version of SDK4.0 has been release tested for compatibility with ACS 6.0. SDK 4.0 GA will be released in parallel with ACS6.1 Enterprise GA release, once testing has been completed.

To run this GA release with docker:

Please refer to the "Docker-compose & Kubernetes" instructions on Github - acs-community-packaging for additional details. See also the notes below (Dockerized Deployment) that covers acs-community-deployment.

This release comes with a set of docker images instead of a GUI installer. These docker images produce a deployment that is more closely aligned with production best practices than the previous installers were capable of creating. The docker-compose and helm charts can be found in a separate project acs-community-deployment and for this release the changes were tagged with 6.1.2-ga.

The issues addressed specifically in this release are available in JIRA projects for the components of this release. Note that JIRA behaves inconsistently with these queries when you are not logged in.

We also addressed a number of bugs since the release of Alfresco Community Edition 201808.

Labels
8 Kudos
About the Author
Angel Borroy is Senior Software Engineer in Alfresco. Over the last 15 years, he has been working as a software architect on Java, BPM, document management and electronic signatures. He has been working with Alfresco during the last years to customize several implementations in large organizations and to provide add-ons to the Community based on Record Management and Electronic Signature. He writes (sometimes) on his personal blog http://angelborroy.wordpress.com. He is (proud) member of the Order of the Bee. Angel Borroy is Engineer at Alfresco.
28 Comments

Having Share RC3 and Search Services RC2 inside, is this considered a "GA" release?

Is this new Out of Process Transform Service going to be available for Community users also?

The new Out of Process Transform Services is an only-Enterprise feature.

Probably, Alfresco will extend the support of the "traditional" Transformation Service for Community Editions for 6.2+

Where actually is the Alfresco Community Edition 201901 GA ZIP distribution located? For example, where can we find this file: alfresco-content-services-community-distribution-6.1.2-ga.zip?

It seems that you have to build the ZIP from source code now...

... this is truly Open Source!

While Alfresco solves this issue, I've uploaded Distribution ZIP to:

It has been built from sources.

Besides that, the links in the page Alfresco Community Edition | Alfresco  are all wrong.

I hope someone can fix all these problems soon.

Thank you very much!!

I really need to know if Community in the future will not have a sort of Transfomation Service. I hope that Community Edition 5.2 will not be the new Windows XP (that is the win version most loved and still used even if not supported at all)

Alex Lee, when will these files be uploaded to Alfresco Community Edition - Browse Files at SourceForge.net

I know the Docker version has an ActiveMQ image, but if you're installing from a zip, do you need to also install ActiveMQ from a separate binary or is it in the community packaging somehow?

You can either use docker Docker Hub  & GitHub - Alfresco/alfresco-docker-activemq: ActiveMQ image for Alfresco DBP

Only you forgot to mention, where to download alfresco-file-transfer-receiver-6.2.1.zip ... your search service zip I could find in your nexus...

I am not sure, it is unprofessionality from your side, or some black marketing, but none of them helps me to convince my bosses to buy an enterprise product.

Hi Peter - Can you clarify - what is missing? And from where?

It looks like the link you mentioned is available on the "thank you for downloading community edition" page. Was that not the case for you?

Why didn't you publish a "release files" page as existed for all previous releases and was super helpful for finding all relevant files for a release?

Bear in mind that - as always - all the relevant interfaces for the new Transformation Service are part of the Alfresco core, and as such available even in Community Edition, with a compatibility layer for the old-school transformers. It is just the queue-based implementation that is currently Enterprise-only. There is nothing preventing any member of the community from adding a similar implementation for Community Edition if Alfresco may take their time in doing so or if they excessively limit its usefulness.

Or set the global property messaging.subsystem.autoStart=false if you have no plans at all to use any of the functionalities / features that need ActiveMQ.

Jan Vonka‌ You might want to tell Engineering that it is good industry practice to configure / implement timeouts when trying to connect to remote systems. Currently, the repository startup just hangs when no ActiveMQ is available, instead of giving up after maybe a minute and properly complaining with WARN/ERROR logging.

I am simply not able to find any link to the AOS Download files for this release anywhere.

Is it too much to ask for a proper release file summary, where we can download all files that are relevant for this release?

I don't think that every alfresco customer is already using the docker and helm and whatnot shenanigans,

and the zip file install method is still valid according to the docs?

So i kindly ask again: Please give us links to all relevant files for this "GA" Release.

Just take a look at the release files pages for the previous releases, they worked perfectly :-)

are the features that require ActiveMQ documented/listed anywhere?

By reading the release notes i got the impression that ActiveMQ is now mandatory for ACS?

I don't know if you have read fully through this page, but they actually provide a link to the Community Edition product page where you can download the distribution ZIP, Search Services and File Transfer Receiver (I haven't checked if the distribution ZIP includes AOS) 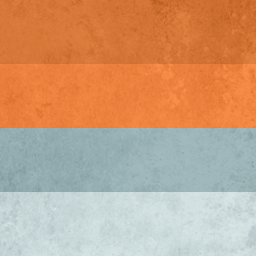 I had the same question in mind when reading the release note. 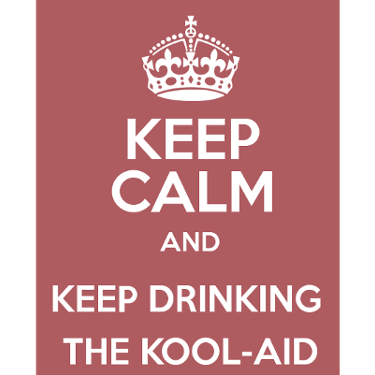 So you can find the aos amp couple of ways, either git clone the acs-community-packaging and checkout the 6.1.2-ga release, build it with mvn clean install, then look in the target folders.

or pull it directly from the nexus repo,

but the official zip download from the community page was the first place i looked for the alfresco-aos-module-1.2.2.amp file, and there is none available within. that's the reason i asked here in the forum :-)

Thank you very much,

this is very helpful.

Although i still don't understand why Alfresco isn't simply releasing a summary of the release files.

Wouldn't be hard for them, would be reasonable, but Alfresco obviously chooses another way.

I've seen other people ask for the release files, so i thought i bring this topic up here again.

I have installed Alfresco Community Edition 201901 GA (via Docker) and have an issue with insecure content on my page (which is delivered through HAproxy reverse proxy). The culprit is "http://www.alfresco.com/assets/images/logos/community-5.2-share.png" which is being loaded, but I do not know by what.

How can I disable this? I would not mind the tracking, but the problem is that it`s preventing me from having the page shown as secure.

Setting heartbeat.enabled=false has no effect

This is the original question thread where any replies should be provided, so that we keep this release notes document focused on, well, the release notes.

Hi - Your comment is probably a bit hard for people to find in the forums. Could you post a new question instead?