We believe that this release is ready for the GA label because:

It has all the features we expect to add in the 6.2 series of releases.  We have received positive feedback on the 201910 EA release suggesting that people are successful with them.

This will be the only Community GA release following the ACS 6.2 Enterprise GA on the 21-Nov.

We have summarized these options here:

The main goal of this release is to get feedback. You can leave that feedback in comments on this page, or by Reporting an Issue‌.

Solr6 is included as the default search provider in this release. Solr4 will continue to be available to facilitate upgrades.

It is now possible to create custom transforms that run in separate processes known as Transform Engines. The same engines may be used in Community and Enterprise Editions. They may be directly connected to the ACS repository as Local Transforms. It should be noted that in the Enterprise edition the default option is to use them as part of the Alfresco Transform Service which provides more balanced throughput and scalability improvements.

The core Transform Engines images can now be used in Community Edition.

Transform Engines code has been open-sourced and is available on Github:

Images are available on Docker Hub:

We also addressed a number of bugs since the release of Alfresco Community Edition 201910, more details in the Issues Addressed section below.

An updated release of the REST API Explorer (6.2.0) is available on GitHub - rest-api-explorer to navigate the details of the new REST API endpoints. This version includes a new API definition for Alfresco Insight Engine.

The latest version of Share is 6.2.0. For further details please consult the list of issues fixed in this release at the bottom of the page under Issues Addressed.

The latest version of Alfresco Search Services is 1.4.

AGS 3.2 is the latest GA edition and is compatible with ACS 6.2.

The latest version of Content Services for Android is version 1.8.7 which contains a number of minor improvements and fixes.

The latest version of Content Services for iOS is version 2.7.2 which contains a number of minor improvements and fixes.

The latest version of the Alfresco SDK is SDK 4.1, which is compatible with ACS 6.2 and available now.

No further deprecations have been EOL’d/ removed from this release.

The issues addressed specifically in this release are available in JIRA projects for the components of this release, which are ALF, REPO, RM, MNT and SHA.

Note that JIRA behaves inconsistently with these queries when you are not logged in.

Please, I need AGS 3.2 in the AMP for Alfresco-Community 6.2

AGS 3.2 is the latest GA edition and is compatible with ACS 6.2.

Where can I get it? 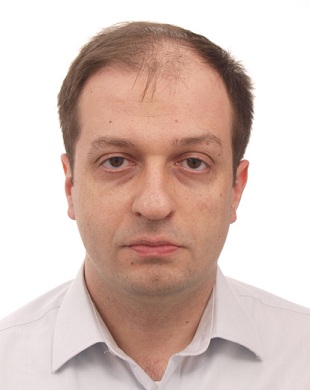 Where AOS 1.3 can be downloaded? I cannot find a link anywhere, and source link is on gitlab that is enterprise only.

Looks like you are putting some effort to make things harder for community version: