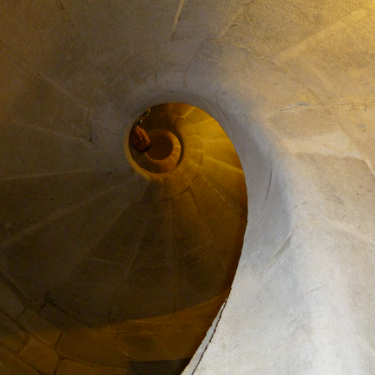 In this blog we cover the deployment of ACS (Alfresco Content Services) 6.1 Enterprise on AWS. The deployment consists of two mayor steps:

Please make sure your Alfresco license subscription entitles you to install and run ACS 6.1 Enterprise and Alfresco Search Services with Insight Engine.

The tools and code used in this blog to deploy ACS 6.1Enterprise are not officially supported by Alfresco. They are used as a POC to show you how you can use OpenSource tools to deploy and configure resources and applications to AWS in an automated way.

The software used to build and deploy ACS 6.1 Enterprise is available in a public repository in GitHub.

The following software is required to create and deploy resources in AWS:

Make sure these tools have been installed on the computer you are using to build and deploy ACS 6.1Enterprise.

Both Packer and Terraform need to authenticate to AWS in order to create resources. Since we are creating a large number of infrastructure resources, the user we authenticate with to AWS, needs to have administrator access.

There are multiple ways to configure AWS credentials for Packer and Terraform, the following links will show you how to do it:

Note: Whatever method you use make sure you keep your AWS credentials private and secure at all times.

Nexus is a repository manager used by Alfresco to publish software artifacts. Packer will connect to Nexus repository to download the necessary software to install ACS 6.1 Enterprise.

The first step to deploy ACS 6.1 Enterprise is to build two types of AMIs:

For this process we use Packer and Ansible. We first export the "nexus_user" and "nexus_password" environment variables containing credentials to access the Nexus repository. These are stored in the ~/.nexus-cfg file contains the following.

Note that the .nexus-cfg file is in the user home folder, keep this file and its contents private and secured at all times.

If you want to include custom amps add them to the amps and amps_share folder and they will be deployed to the AMI.

For custom jar files add them to the modules/platform and modules/share folders.

If you want to deploy ADW (Alfresco Digital Workspace) place the digital-workspace.war file in the acs-61-files/downloaded folder.

We can now execute packer by calling the build_61_AMI.sh script.

This shell script will load the nexus environment variables and call packer build using a template file for the provisioning of the AMI and a variables file containing deployment specific information such as your default VPC Id, the AWS region, etc.

Make sure you change the value of the vpc_id variable to use your default VPC Id.

As on the previous section, we use Packer and Ansible to create a Search Services AMI.

Make sure you change the value of the vpc_id variable to your default VPC Id before running the build_61_AMI.sh script.

As the script runs you can see what is is doing during its execution...

On completion the script will output the AMI id of the newly created AMI. Keep track of both AMI Ids, as we will need to use them in the Terraform script next.

Now that we have created both the Repository and the Search Services AMIs we can start building the AWS infrastructure and deploy ACS 6.1 Enterprise.

In the acs-61-aws-terraform folder we have the terraform.tfvars containing configuration specific for the AWS and ACS deployments.

Some of the variables that will need to be updated are:

Once the configuration has been set we are ready to start building the solution. We first need initialize terraform with the "terraform init" command:

The following providers do not have any version constraints in configuration,
so the latest version was installed.

To prevent automatic upgrades to new major versions that may contain breaking
changes, it is recommended to add version = "..." constraints to the
corresponding provider blocks in configuration, with the constraint strings
suggested below.

Terraform has been successfully initialized!

You may now begin working with Terraform. Try running "terraform plan" to see
any changes that are required for your infrastructure. All Terraform commands
should now work.

If you ever set or change modules or backend configuration for Terraform,
rerun this command to reinitialize your working directory. If you forget, other
commands will detect it and remind you to do so if necessary.

We can now issue the apply command to start the build. Upon completion (it will take around 15 minutes) we will get notification of the URLs available to connect to Alfresco.

To destroy the resources issue a "terraform destroy" command.

Terraform will perform the following actions:
.......

Do you really want to destroy all resources?
Terraform will destroy all your managed infrastructure, as shown above.
There is no undo. Only 'yes' will be accepted to confirm.

There are a couple of things to add to this project: