I'm very happy to announce the new release for both the editions of the APS SDK finalized during the last Alfresco Hack-a-thon:

These new release include the following improvements:

This is a very important release of the APS SDK because for the first time we have the same project structure for both the editions.

Finally, specifically for this release, I would like to thank: 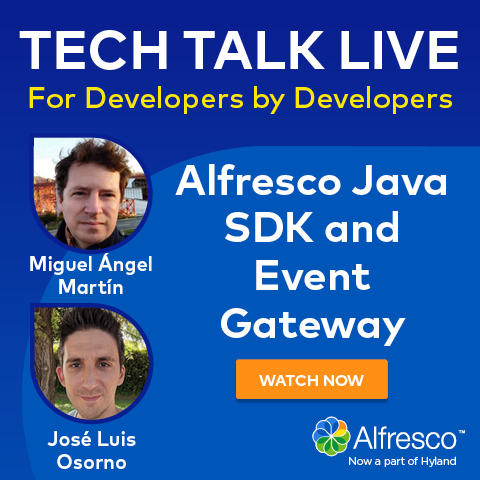