Anatomy of an ADF application

Anatomy of an ADF application

After the ADF 101 about creating your first Alfresco Application Development Framework application, in this set of tutorials we are going to see how to customise it in layout, behaviours and basic elements (buttons, text, etc.). We would like here to remember that Alfresco Application Development Framework (from now on ADF) is provided by Alfresco as Open Source, to build custom applications on top of the Activiti BPM Engine and Alfresco ECM Repository. We won’t introduce here the basis of the Alfresco ADF, because we would like to focus the content on customising an existing ADF application. To better describe the tasks, we are going to use “a step by step“ approach, more practical and easy to follow for our goal.

Before diving deep in the customisations, let’s understand some technical basis about the ADF applications in general. 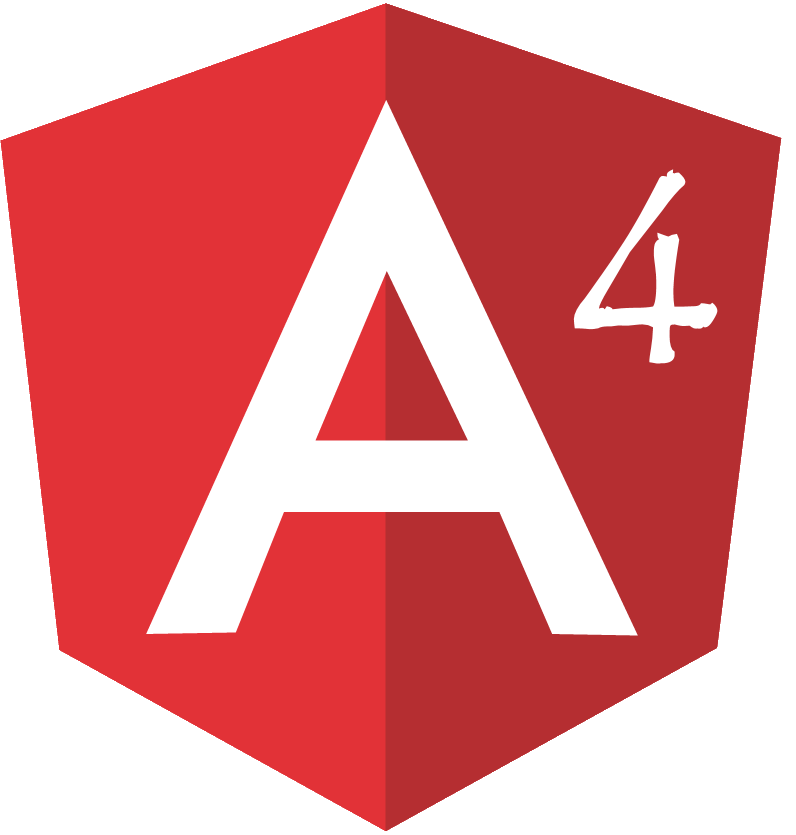 As clearly described since the very beginning, an ADF application is a standard Angular 4 application. If you are not familiar with the Angular 4 development, we suggest to go through the Tour of Heroes tutorial and the Architecture Overview. It is not an easy read the very first time, but as every new technology, it will appear understandable after some training.

As a standard Angular 4 application, an ADF application can be described as following.

The structure of an ADF application

Now that we know how an ADF application is related to a standard Angular 4 application, let’s share more details about the application’s structure. Looking at the ADF application into the file system, we can recognise all the modules and components introduced above. In the following picture is showed an example of ADF application, called my-adf. The my-adf application has been created with the Yeoman Generator, exactly in the same way it is described in the Getting started with Application Development Framework tutorial.

Structure of the my-adf application into the file system.

The structure of the application is quite straightforward, if you know how an Angular 4 application works. Below some highlights on the most important files and folders, for the correct execution of the my-adf application. 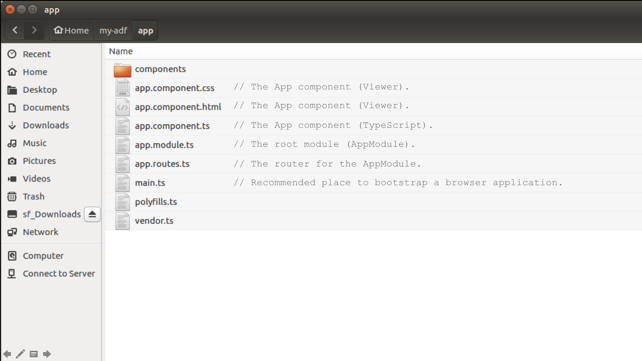 Structure of the app folder into the file system.

Below some highlights on the most important content in the app folder. 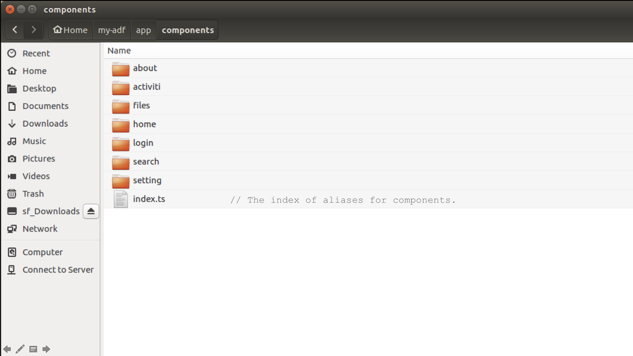 Structure of the components folder into the file system.

In the components folder you can find: one folder for each Angular 4 component (each folder contains the component source code), an index.ts file containing the links between the alias of each component and the folder with the source code.

The implementation of each Angular 4 component, really depends on the component’s role and goal in each specific application. We won’t detail here the listed components, because some of them are extremely specific for this sample application. Instead of this, we would like to submit to your attention the online Alfresco Catalog, containing a friendly (and technical) overview of all the available components, with practical examples and human readable source code.

Before facing the customization, there is another topic to discuss about the ADF applications: the stylesheet. ADF applications are designed and developed to work with the Google Material Design, in particular with Material Design Lite. We won’t discuss here the basis of that design language. If you want to learn more about it, you can start from the Official Documentation and go through the library and styles, for a better understanding.

From a technical point of view, the relevant thing we are interested to share, is that every ADF application is designed according to Material Design Lite. And this means:

Anatomy of an ADF 2.0 application

Anatomy of an ADF 1.9 application