Support to find related documents by content fingerprint, given a source document, was added in Alfresco Content Services 5.2 and is exposed as part of the Alfresco Full Text Search Query Language. Document fingerprints can be used to find similar content in general or biased towards containment. The language adds a new FINGERPRINT keyword:

By default, this will find documents that have any overlap with the source document. The UUID option is likely to be the most common as UUID is ubiquitous in the public API. To specify a minimum amount of overlap use

Will find documents that have 20% overlap with the document 1234.

Additional information is added to the SOLR 4 or 6 indexes using the rerank template to support fingerprint queries. It makes the indexes ~15% bigger.

The basis of the approach taken here and a much wider discussion is presented in Mining of Massive Datasets, Chapter 3. Support to generate text fingerprints was contributed by Alfresco to Apache Lucene via LUCENE-6968. The issue includes some more related material.

Document similarity covers duplicate detection, near duplicate detection, finding different renditions of the same content, etc. This is important to find and reduce redundant information. Fingerprints can provide a distance measure to other documents, often  based on Jaccard distance, to support "more like this" and clustering. The distance can also be used as a basis for graph traversal. Jaccard distance is defined as:

the ratio of the amount of common content to the total content of two documents. This distance can be used to compare the similarity of any two documents with any other pair of documents.

Containment is related but is more about inclusion. For example, many email threads include parts or all of previous messages. Containment is not symmetrical like the measure of similarity above, and is defined as:

Minhashing is an example of a text processing pipeline. First, the text is split into a stream of words; these words are then combined into five word sequences, known as shingles, to produce a stream of shingles. So far, all standard stuff available in SOLR. The 5-word shingles are then hashed, for example, in 512 different ways; keeping the lowest hash value for each hash. This results in 512 repeatably random samples of 5 word sequences from the text represented by the hash of the shingle. The same text will generate the same set of 512 minhashes. Similar text will generate many of the same hashes. It turns out that if 10% of all the min hashes from two documents overlap then it is a great estimator that J(A,B) = 0.1.

We used a 128-bit hash to encode both the hash set position (see later) and hash value to minimise collision compared with a 64 bit encoding including bucket/set position.

Here are 2 summaries of the 1.0 and 1.1 CMIS specification. It demonstrates, amongst other things, how sensitive the measure is to small changes. Adding a single word affects 5 shingles.

The MinHashFilterFactory has four options:

Computing the hash is expensive. It is cheaper to split a single hash into sub-ranges and treat each as supplying an independent minhash. Using individual hash functions, each will have a min value - even if it is a duplicate. Splitting the hash into ranges means this duplication can be controlled using the withRotation option. If this option is true you will always get 512 hashes - even for very short docs. Without rotation, there may be less than 512 hashes depending on the text length. You can get similar, but biased, sampling using a minimum set of 512.

Supporting a min set is in there for fun: it was used in early minhash work. It leads to a biased estimate but may have some interesting features. I have not seen anyone consider what the best combination of options may be. The defaults are my personal opinion from reading the literature linked on LUCENE-6968. There is no support for rehashing based on a single hash as I believe the bucket option is more flexible.

Here are some snippets from our schema.xml:

At query time, the first step is to get hold of the MINHASH tokens for the source document - we have a custom search component to do that in a sharded environment form information we persist along side the index. Next you need to build a query. The easy way is to just OR together queries for each hash in a big boolean query. Remember to use setDisableCoord(true) to get the right measure of Javccard distance.. Applying a cut-off simply requires you to setMinimumNumberShouldMatch() based on the number of hashes you found.

Building a banded query is more complicated and derived from locality sensitive hashing, described in Mining of Massive Datasets, Chapter 3. Compute the band size as they suggest, based on the similarity and expected true positive rate required. For each band, build a boolean query that must match all the hashes in a band selected from the source docs fingerprint. Then, OR all of these band queries together. Avoid the trap of making a small band at the end by wrapping around to the start. This gives better query speed at the expense of accuracy. 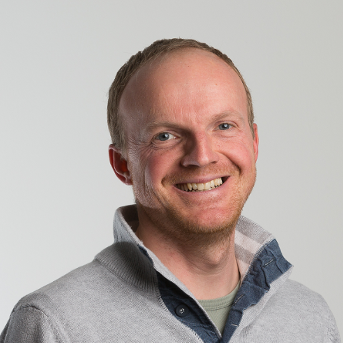 The most likely explanation is that you are not using the rerank template. This is the default for SOLR 6 but not for SOLR 4. With SOLR 4 and  5.0, 5.1 and 5.2 there is a different default template that does not support fingerprint and does not force people upgrading to rebuild their indexes. The rerank template and FINGERPRINT support is in 5.2 + SOLR 4 + rerank OR 5.2 + SOLR 6.  When using the UUID you should quote the whole thing or escape things:

It sounds like a good time to move to the latest SOLR 6 based version of Alfresco Search Services 1.0.0!

Check that the FINGERPRINT field is populated in the SOLR 6 index, that you have switched to the SOLR  6 search sub-system and that it is configured correctly. Better still,l make sure that SOLR4 is not running or has been removed. If you are using dynamic shard registration, make sure you only see SOLR 6 indexes (no solr4 in the reported URLs - just solr).

I got it working if I'm not using SSL. If I do use SSL, something goes wrong. Will investigate this further. Thanks for the help.

How well does the fingerprinting work for images and other media content?

It was not designed for images.