Roles in the sites

Roles in the sites

Sorry for the trivial question,

but why in the sites I can't see the "Editor" and "Coordinator" roles? 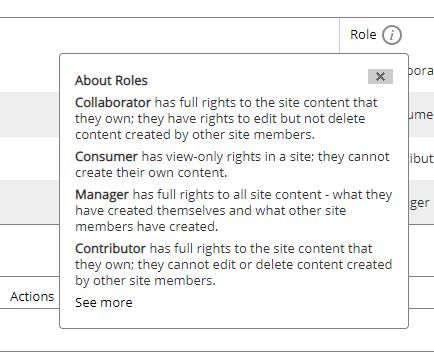 I can see these roles only in the repository: 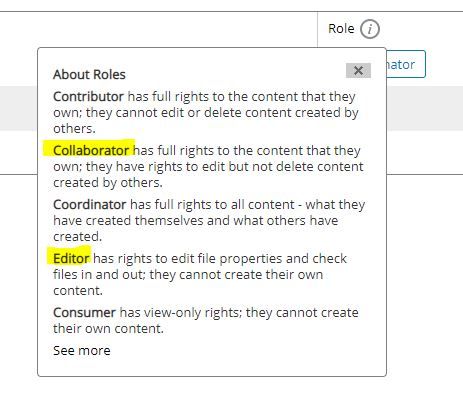 There simply are different permission group ("role") definitions for the site context vs. the global context. The "Manager" is what a "Coordinator" would be in the global context. A "Editor" role simply does not exist in a site context, as it was deemed unnecessary for a context aimed at collaboration in the style of a SharePoint workspace / site.

Thank you for the answers.

@piyush48, In order to custumize the roles , I should copy the permissionDefinitions.xml, custom the file as I prefer, and than insert that in the following path:

Right? or something wrong?

@LorenzoD I think @afaust has already clarified the details which basically covers your questions.

Another replies are diverting from original questions. I would request you to close this thread and start a new thread if you see issues with defining custom roles.

Just refer to these documentations/posts and create new thread if you see any issues :

A sample project may be helpful to refer: https://github.com/zhihailiu/alf-custom-role