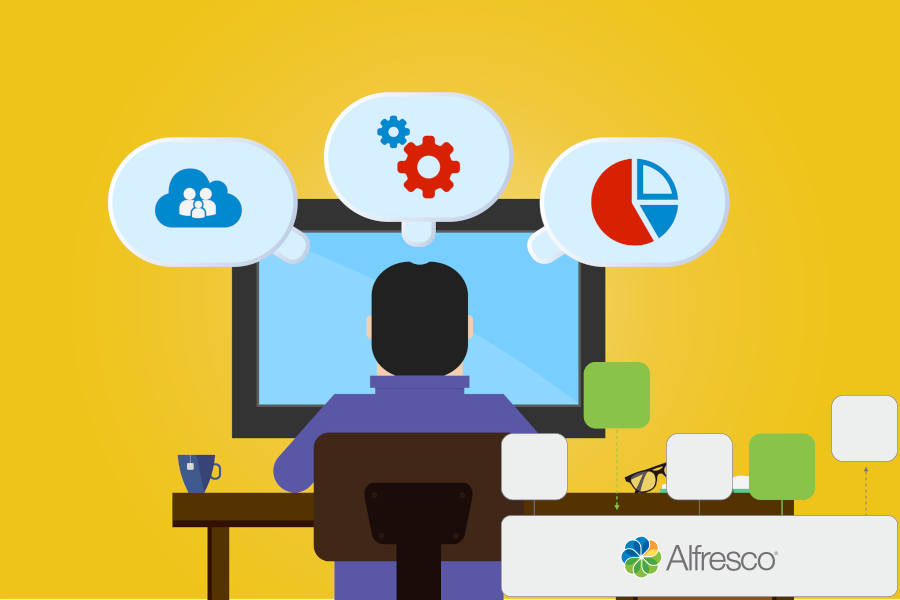 Five months ago I published the Alfresco Process Services SDK on my GitHub account, this module is dedicated to create extensions for APS in a consistent way.

The idea behind this contribution started for these two reasons:

As an Alfresco Certified Instructor I have created and used this module during the sessions about APS held at the last Alfresco DevCon 2019 in Edinburgh. Using this SDK you can implement your own Java components and you can also build unit and integration tests for consolidating the overall solution.

This could be a good starting point for building your projects for giving it a minimum of quality needed to every customer. In TAI Solutions we are using this module also for building solutions for our customers and it seems that it is working very well

Currently the SDK is configured for APS 1.9.0.3 but it was tested also on APS 1.8 and 1.9. The structure of this module is strongly based on the current APS 1.x source code packaging, so if you know something about APS classpath, you should feel at home

Developers can implement their own solutions on top of Alfresco Process Services with the following supported features:

Please let me know if you are interested to contribute on this project and any feedback is welcome.

More details are available in this post in my personal blog. 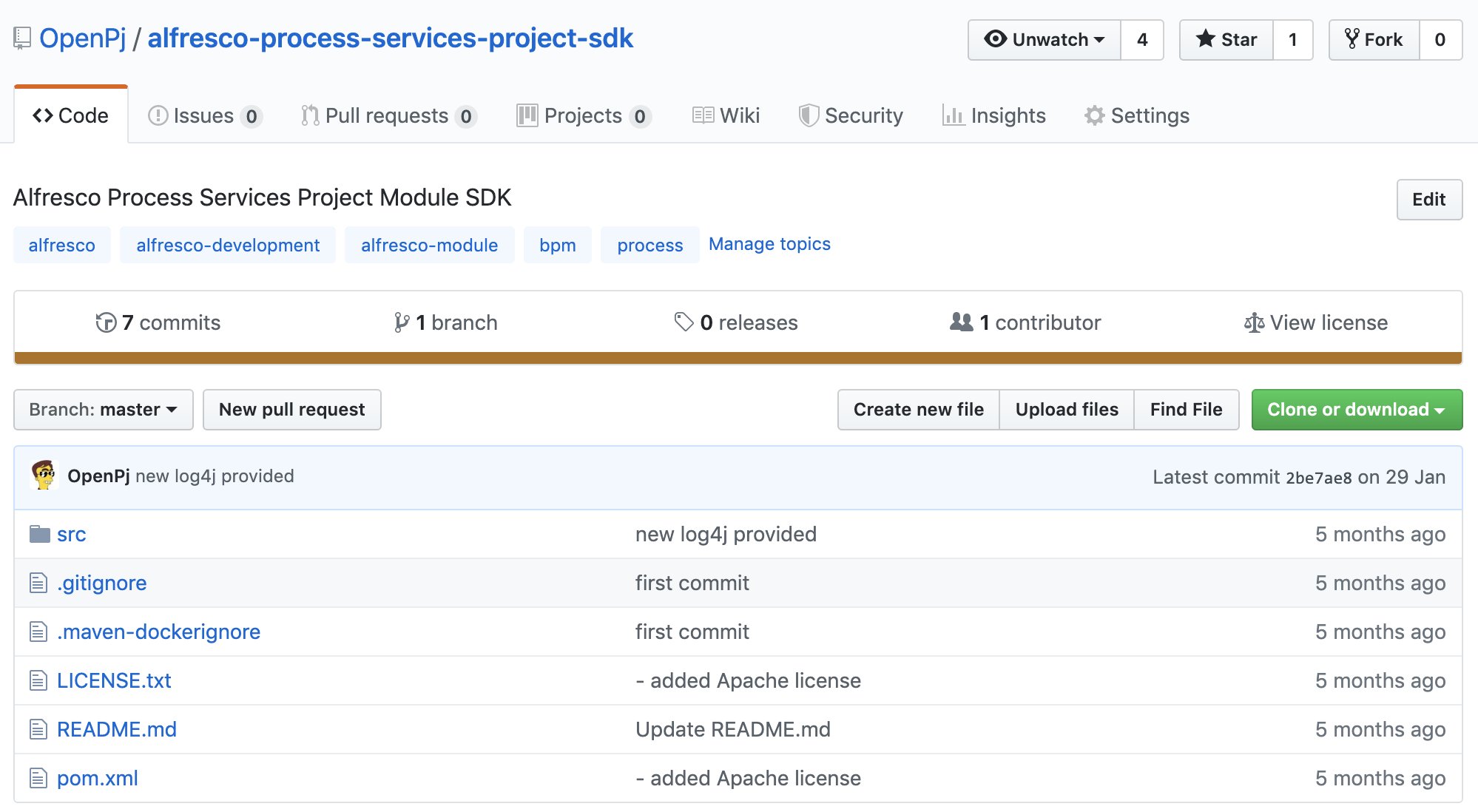 I would like to have SDK of Alfresco Process Services with Docker compose, like we have SDK 4.2 for ACS 6.x docker based version.

Can you please help me out to get SDK which starts APS usig docker-compose?

thank you for your interest in the APS SDK, I have just added a new issue on github for tracking this improvement:

I also added some hints about how to add support for Docker.

I'm familiar with the docker-maven-plugin and it could be the best choise.

Please let me know if you want to work on this, in this case, you can fork the project and contribute on your branch, then I can merge your pull request.

Anyway we could work together on this

I can start working on this whenever I get time. Could you please guide me on How and What should I start with? Any simple steps to create SDK like structure?

I have created a project structure that:

* Uses docker compose to start up the custom image, elasticsearch, and postgres

* Uses Maven and a run.sh script with the same options as the ACS SDK project (build_start, purge, tail, etc)

What remains left to do is:

If this is interesting to anyone I can put it on GitHub as a separate project or on a branch in PJ's project.

I have created a SDK Project for APS and it's running fine. However, I am facing only one issue. I have added COPY command to Dockerfile for putting APS license inplace at /root/.activiti/enterprise-license.

But, this file is not being copied at that location and when I try to look into APS Docker image, I am not able to find that path. Can you please help how can I achieve this?

I use a volume in my docker-compose.yml file to map the license file from my local host to the container:

But if you want to use a COPY command in your Dockerfile, that should work too. Unfortunately, I can't help you debug it without seeing it.

Yes, I tried adding this volume as well. However, i didn't see volume into container.

After removing container and image, I am able to see license file applied.

Now the project will create an Extensions JAR with WAR and Docker Container with the WAR embedded.

We need to add volumes support and we could have a better SDK.

Please try to contribute on my project I think that it could be a very good starting point.